When natural disasters occur people wind up displaced from there homes.  It’s a fact and something that can’t be avoided!  Whether the displacement comes from a hurricane, a fire, a flood, or other natural disasters, people will be affected in a big way!  Can the NRVIA help?

When these disasters happen the organization known as FEMA jumps into action.  Their job is to help displaced victims get back on their feet as quickly as possible so they can get on with their lives.  When the housing is damaged or destroyed it is a big challenge for it to be replaced in areas that are devastated by water, fire, and other elements. 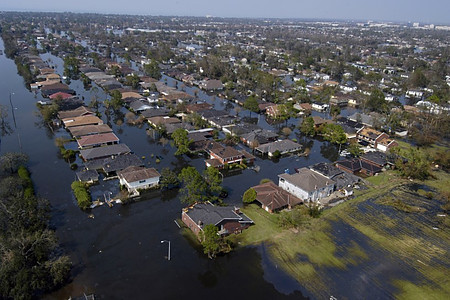 Previously, like in the case of Hurricane Katrina which displaced so many people in Louisiana, FEMA used mobile homes for living quarters to help get people back into their normal routine.  But, these units are expensive and they require systems to be added to make them safe for the occupants, things like fire suppression systems.  This can be very costly to set up and maintain, and the government foots the bill. 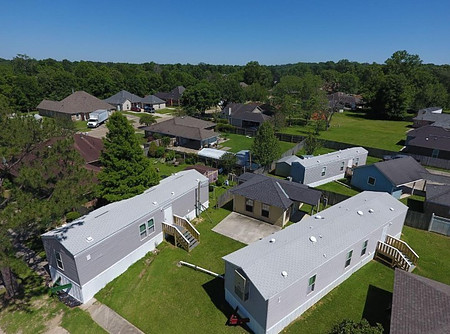 The other problem is that some of these units are larger and nicer than what the displaced residents had before the natural disaster, so once they are in the new home they are not likely to be inspired to leave it after six to eighteen months.

Another housing solution that was tried for hurricane Katrina was what was nicknamed “FEMA Trailers.”  These were low-end units and are much cheaper and smaller than the mobile home units.  They are not RVIA certified.  Due to weak regulation of construction and the overuse of particle board, these units created health problems due to the high levels of formaldehyde that was emitted.  They did not stand up well to the usage they were put through. 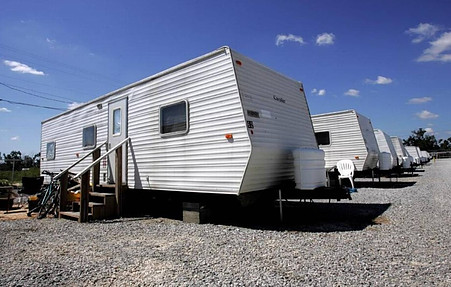 When hurricane Irma hit the Keys of Florida she did a lot of damage and displaced thousands of people from their homes.  The devastation was catastrophic!  The question from the Federal Government was how do we find housing for these people in such a limited space as the Florida Keys?  There is no room for modular homes in a place where the infrastructure was decimated. 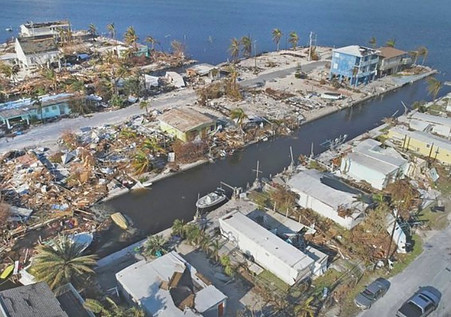 The idea was adopted to use RV travel trailers that are RVIA certified.  These are units that people live in when they want to live in a home on wheels and travel the great country of the United States.  They have all the required safety systems already installed to keep occupants safe!  There are millions of people that own RV’s.  They travel to distant locations while taking a piece of home with them.  More than a million people do this full time!

What FEMA figured out was that travel trailers could be used as temporary housing, at a greatly reduced cost to the taxpayers, and help displaced survivors have a home while getting their lives back in order.  The problem was how to assure that the RV travel trailer would be safe and sound for those that would inhabit it.

This is where the NRVIA came in to assist.  There was a need to have the units inspected before survivors could be placed in them.  There were people at FEMA that reached out to the NRVIA, after doing a little research, to find an organization that could handle the issues that FEMA felt could be a potential problem: to place survivors in a temporary home that could have issues right from the manufacturer.

it was argued that an RV directly from the manufacturer is brand new and therefore should be good to go.  However, there were a few at FEMA that felt that this may not be true and a second set of eyes would be best to be sure problems would not arise after placing survivors in these new units.  So the NRVIA was contacted and a program was created for pre-evaluation of these travel trailers so things could be checked before they were inhabited.

Within a few weeks of starting NRVIA inspections, in the fall of 2017, it was evident that the NRVIA program was going to be a great success!  The issues that were found on units that were being inspected by NRVIA certified RV inspectors were quite surprising.  Things like propane leaks, electrical issues, improperly installed appliances, water leaks, and sealant issues were common.  All these items if not addressed before habitation could lead to service issues once the survivors were placed in them, even life safety issues if propane gas leaks were not found.

A detailed program was put together by the NRVIA to inspect, create written reports of deficiencies so issues could be repaired, re-inspect units once repairs were made, several times if necessary, and then once survivors were placed in the travel trailers, the NRVIA inspectors would do a walk-through with them to teach them all they needed to know to operate the RV safely.  This training would also help the survivors know enough to help problem solve issues before having to call the FEMA helpline, thereby saving resources in an already strained system.

The process for hurricane IRMA relief was deemed a huge success!  Survivors were placed much more quickly than otherwise might have been possible given the demographic situation of the Florida Keys and a lack of space to place temporary homes for survivors.  FEMA stated that they never had a program that progressed with such organization and ease of execution.  All that was due to the leadership and participation of the principals and members of the NRVIA.  The NRVIA was humbled by the response from those they got to help!

Move forward to the fall of 2018 and hurricane Florence.  As this storm was making its way to the Eastern seaboard, FEMA was on the phone with the NRVIA to discuss how the organization could again assist with this possible disaster given the possibility of a category five hurricane hitting North Carolina.  The wheels of preparation went into motion at that time to get ready for the possibility of widespread housing displacement given the predictions for the feet of rain that would fall. 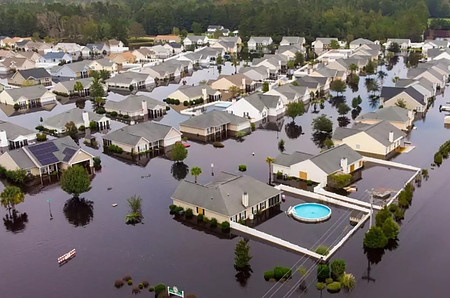 Once the storm made landfall and sat in the region for days, the predictions were more than realized!  There was so much rain that fell and so many that had water damage to their homes that the situation was deemed to be catastrophic.  There was no denying that temporary housing was going to be needed for all the people that had homes that were damaged by flood waters due to all the rain from hurricane Florence!

It was now evident that FEMA needed the assistance of the NRVIA once again in order to assure that a smooth transition was set up for survivors.  The goal was that travel trailers be deemed safe to live in once checked and repaired after having traveled long distances to North Carolina.  Only a third party independent inspection source like the NRVIA, that has a strong code of ethics and standards of practice, made up of members who are RVers themselves and that care deeply about the industry, make a program like this so successful! 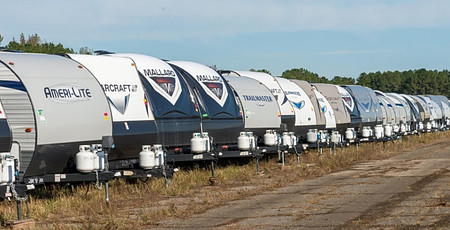 So once the travel trailers started to arrive in North Carolina, NRVIA inspectors from all over the United States gave up their lives to travel to the flood areas to help assist survivors to get into temporary homes.  A program was set up to inspect, repair, clean, relocate the trailers to survivors locations, and walk through orientations to get survivors back to a somewhat normal life while their permanent homes are repaired.

A compound was set up the have the travel trailers arrive at.  Once they arrived the team of NRVIA inspectors went to work evaluating them and assuring that they were performing at one hundred percent as designed.  Once that goal was achieved the trailers were relocated to the designated location set by FEMA.  Then, once the travel trailers were placed in survivors locations the trailers were hooked up to services, safety systems were re-evaluated, and the occupants were trained on how to use the systems in their new temporary home.

It all boils down to FEMA knowing that the NRVIA is an organization that walks the walk when it comes to RV knowledge, standards and ethics, and a passion for an industry that its members love.  Most of its members are full and part-time RVers who want to see people who buy a new or used RV’s, that they have the information they need before they purchase it.  They need to have all the facts about its current condition, just like a pre-purchase home inspection.

FEMA figured that this is the right organization to help the people that rely on FEMA to assist them when disaster strikes!  The same techniques that NRVIA certified RV inspectors use to assist their RV buying clients are being used to assist FEMA so that disaster survivors can be placed in safe and functional temporary housing while they put their lives back together.